The table tennis game was staged during the end of cold war tension between the Chinese and the Americans. 1971 came later became known as Ping-Pong Diplomacy and is remarkable for its starting process of reconciling the long-tainted relations between the United States and China

Since 1949, Diplomatic ties between both countries had been chilly, when Mao Zedong the Chinese Communist leader made a pronouncement for the creation of the People’s Republic of China. The declaration by Zedong saw considered by the U.S. as the beginning to the fall of China to communism. As the year progresses, trade embargoes and sanctions coupled with propaganda only increased the rivalry. The estrangement was felt in both countries, but in 1970, the relationship between China and Russia was also strained. So, then U.S. President Richard Nixon considered it a top priority to mend the deteriorating ties with China.

That was when the Chinese national team extended an olive branch by inviting the participating U.S. team at the 1971 World Table Tennis Championship hosted by Japan to play some of the games of ping pong in Beijing.

After U.S. acceptance of the offer by the Chinese, the 15 Americans who participated in the game became the first U.S. citizens to visit China in 22 years, a fit that that even politicians and diplomats couldn’t achieve.

The deal was actually arranged by the Chinese government, during this period, the Chinese team’s invitation of Glenn Cowan, an American table tennis player to join their bus was seen as a goodwill gesture, but the offer by the Chinese to the U.S. team to participate in the tournament was deliberate.

Cowan was given a gift of a silk-screened picture of the mountain Huangshan range by the Chinese star player Zhuang Zedong, and the following day, Cowan returned the favor by offering a shirt with a peace sign inscription and the Beatle lyrics that bears let it be to Zhuang.

In his book, Nicholas Griffin opined that the Chinese government decided to use ping pong the right tricks for the promotion of Communist propaganda

The game of ping pong made countries who have been long been sworn enemies mending their differences and coming together was a real sign that the tide was turning.

Also invited to the tournament along with American players where selected were pressmen to give the game a wider coverage
Then U.S. President Nixon, who was standing for reelection and was also, trying to bring to the Vietnam war saw this as an opportunity to build on the gestures offered by the Chinese government to try to foster closer ties between both countries.

In his publication, Nixon stated that he was pleased and surprised and had never hoped that the Chinese gesture could be that fruitful with the game of ping-pong as the rallying point.

Though the U.S. team was not actually that good at table tennis, of course, with the help of the best ping pong tables, however, the Chinese players were among the best all over the world in the cold war era but rather than beating their opponent to a finish in the competition, the Chinese national team rather chose to embodied the slogan of the tournament with the inscription, Friendship comes first with competition coming second.

With that said who could imagine that a game of ping-pong in a war zone could bring warring nations together for a common good. 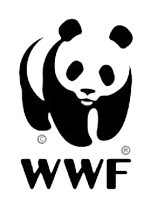 Submit your email and Get in touch with Thewallops.net for the latest
events and volunteer opportunities.